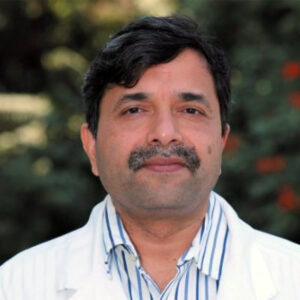 As a Registrar and Lecturer in Surgery and in Private Practice, Dr. Takalkar has done independently more than 30,000 operations in various branches of Surgery including Oncology, major operations include Nephrectomies, surgery for Urolithiasis, ileal Conduit for caBladder, Bladder Dissections,Total Gastrectomy,A.P. Resection, Hepatic Resections, Pancreatic Duodenectomy,Total Thyroidectomy, cholecystectomies, Surgery for Breast Cancer, Sugarove Procedures, Wertheim’s Hysterectomies, Pieneas Pull through, Decortication, Lobectomies, Oesophagogastrectomies. He has special interest in Proctology.He has also done Emergency and planned vascular Procedures including Embolectomy, AV Fistulas,and putting Arterial and venous lines. He has performed almost all the Procedures in Surgery including Proctology. He has trained more than 50 post graduate students in Surgery.

He has performed more than 2000 Cystoscopies and performed more than 1000 Laparoscopic Surgeries. He has been doing regularly Laparoscopic Appendicectomy, PCOD treatment, Cholecystectomy,All procedures in OBGY,Laparascopic Hysterectomy, Teaching – As a Post Graduate resident at Government Medical College and Hospital, Aurangabad and Bhatia /Tata Memorial Hospital, Mumbai, he taught undergraduate students and post graduate surgical residents. As a Lecturer in Surgery at Government Medical College and Hospital, Aurangabad , he taught undergraduate and post graduate students with Nursing and dental students from 1993 to 1997.

CIIGMA has separate Endoscopy theatre,C-Arm, IITV and therapeutic G1 Endoscopy with ERCP. We Perform daily 5-7 Endoscopies with 20-30 therapeutic endoscopy. He has trained at the Asian Institute of Gastroenterology, Hyderabad (India).

Reviewer for the Journal

Any cookies that may not be particularly necessary for the website to function and is used specifically to collect user personal data via analytics, ads, other embedded contents are termed as non-necessary cookies. It is mandatory to procure user consent prior to running these cookies on your website.